The flight tickets we purchased in November have been burning in our pockets and now at last we are sitting at Helsinki-Vantaa airport, ready for the departure to Geneva Motor Show.
The upcoming trip is the first tangible contact with the future profession for the five vehicle design students sitting in the narrow seats of the plane . 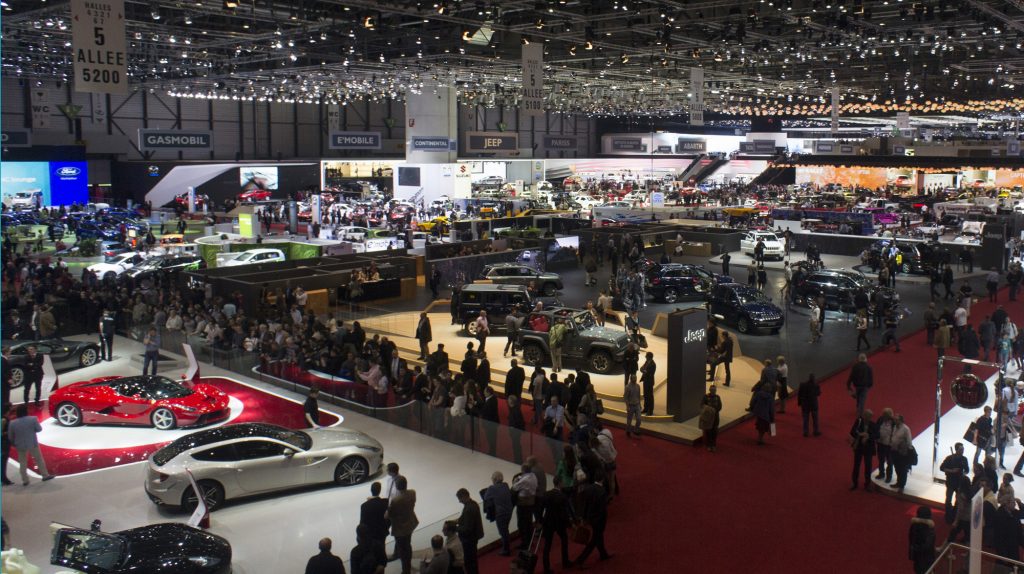 After leaving the luggage to the hotel we had a quick lunch. Now we stand in front of a large building, which has “ARENA” written on its wall with walloping letters next to a big sign stating that the 83rd Geneve Motor Show is exhibited inside.
After a long walk, past the exhibition of spare parts and whatnots and through long corridors, a giant hall dazzles us with its hundreds of cars that reflect the sparkles coming from thousands of bright spotlights in the ceiling. The moment is breathtaking. This is what we have been waiting for. And for a good reason. 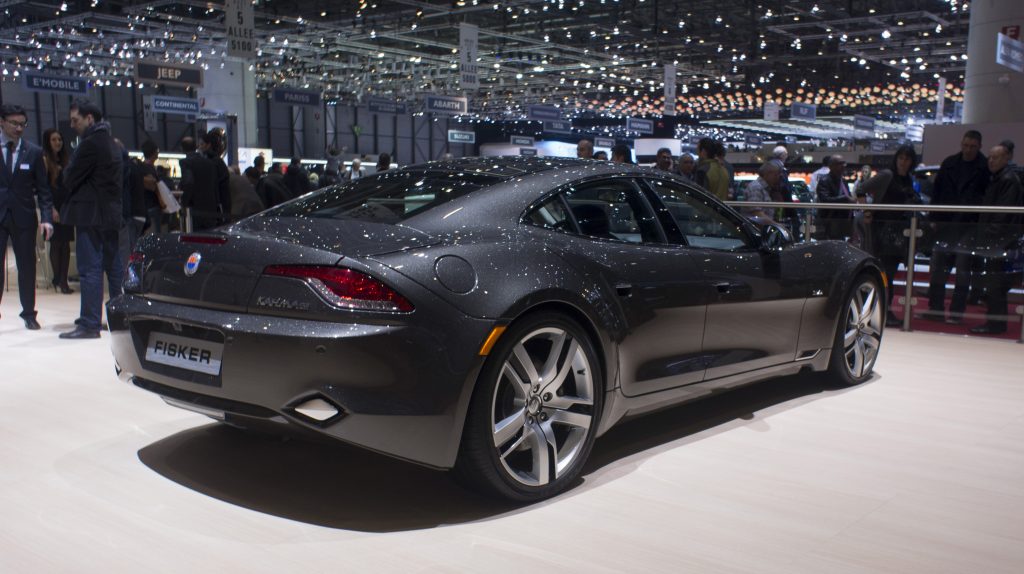 The first section is Fisker, a hybrid made in Finland. Cars are in their private stalls, which are surrounded by a low fence made of glass and a gate. The cars are visible, but out of reach. Apparently our puzzlement is still strong, as we march directly to the gatekeeper and ask to get a closer look at the cars. Whether it be our Finnish accent, our distinguished looks or our bold attitude, the gates open immediately and a friendly demonstrator guides us to have a closer look at the first Fisker Karma. After a thorough inspection of the Fisker, we move on to the next department, where we found that entry to these stalls is not a foregone conclusion. Next came one of the smaller Italian car makers, which had a slightly more morose bouncer than we had gotten used to. A closer inspection of the Ferraris was not meant for us this year.
8 hours flew by faster than you can say “Jack Robinson and a Bentley”. One can see and experience a lot in a day, but so much was left unseen. Luckily we had reserved two days for the exhibition. In the evening we went to central Geneva to dine in an Indian restaurant, and then headed back to the hotel for a good night‘s sleep. The eager anticipation of the following day made us dream of Rolls Royces and Aston Martins, but hey we’ve all had those dreams, aye? 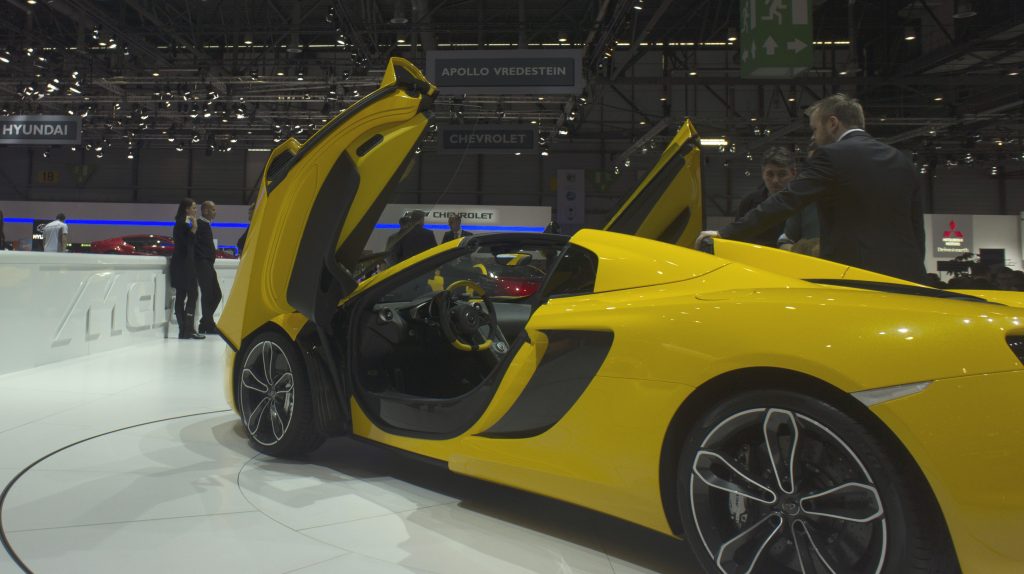 After our car filled dreams we head on to the breakfast buffet at the hotel. Over a cup of espresso we talk about the cars we had already seen, the cars we had missed and the cars that had to be seen again. The latter included multiple super cars such as the McLaren P1, Lamborghini Veneno and Koenigsegg “Hundra” and a few concepts, especially Kia’s new Provo which we regarded as one of the most interesting.

The hotels mini-bus, driven by Miguel from Spain, briskly left the parking lot and in an instant we were on the road to the Motor Show. The ride took us no more than ten minutes, half of the time we once again spent walking through the exhibition of spare parts and whatnots towards the light. I remember pondering that now that we have seen it, there might not be anything left to astonish us.
Boy o boy was I wrong! Since today was Friday, the amount of visitors had doubled since yesterday and hullabaloo was inevitable. Now that the beautiful light pollution shining from the brightly waxed cars was complemented with a ripple of conversation and frequent roars from the audience, we felt that the atmosphere was … well indescribable. This time we dived into the crowd like old stagers. All of us headed in different directions according to our personal interests.

A rendezvous was set at one of the exhibitions restaurants, where we ate a delicious lunch and talked about the most interesting cars we’d seen. Topics ranged from Fisker Karmas solar panel roof to Toyotas peculiar tricycle looking vehicle. Of course we discussed about which cars we had sat in and which cars had the most comfortable and ergonomic interiors. Some of the less exciting smaller cars, which were already in the market, presented us an opportunity to sit back and relax as an offset to the feet consuming pilgrimage. You’ll get the picture if you imagine yourself relaxing in the driver’s seat of an Audi S8, while there is a 10 meter long queue eagerly waiting to have a brief moment behind the wheel that you are so longingly caressing . 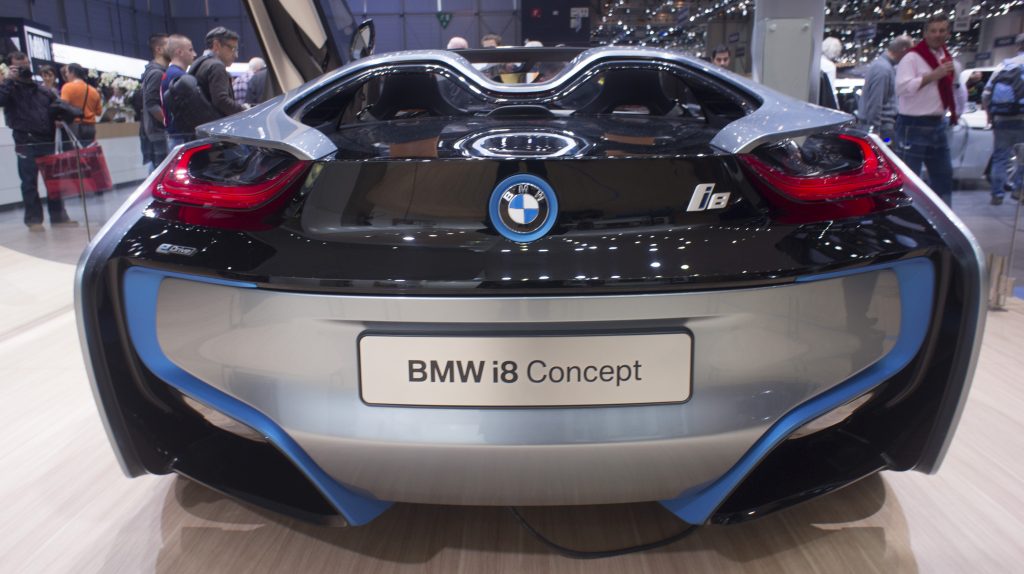 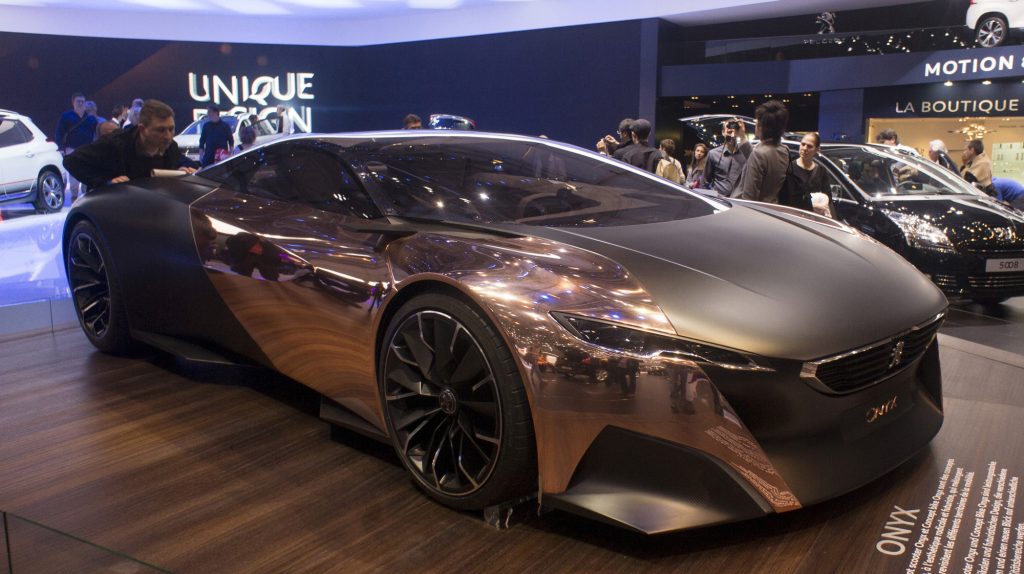 We were tired but happy as we entered our carriage which was taking us back to the hotel, where we freshened up and apportioned our treasures (a thick stack of brochures). After freshening up we were ready for a dinner and some partying.
Food was awesome as was the party!

Our return flight was scheduled for the evening, leaving us a full day to explore the vernal Geneva. We spend the day shopping and walking by the beautiful Lake Geneva. At 19.00 we were once again airborne and the return to the arctic would be an inescapable fact. All together the excursion was swift but very rewarding and educational.